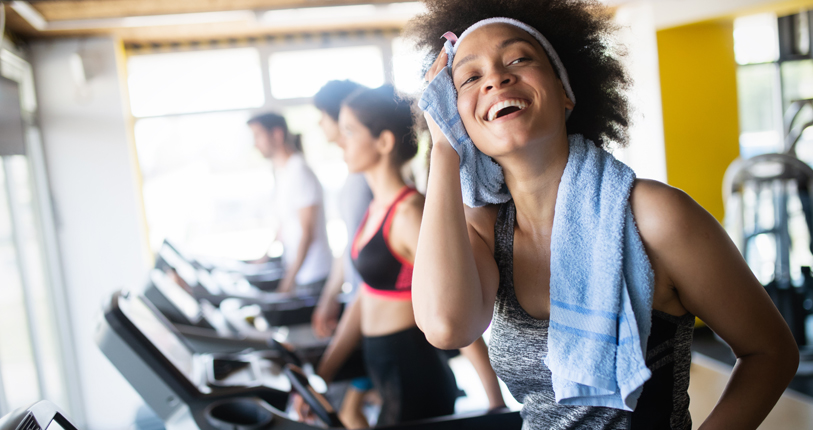 Are you afraid to exercise in case it makes you hungry so you eat more? Although it’s logical to assume that exercise stimulates appetite, this doesn’t seem to be the case. In fact, when you exercise with high intensity, your appetite may even be suppressed for a short period of time.

In fact, when it comes to losing fat, diet and exercise work best together. In a study, over 400 women were divided into four groups. One was asked to follow a calorie-reduced diet, and another to exercise 45 minutes a day for five days a week. A third group was asked to both exercise and diet, while the fourth group made no changes to their usual diet and lifestyle. After a year, those in the exercise-only group lost around 2kg each, those in the diet group lost 7kg, while those who did both lost an impressive 9kg over the year. Not surprisingly, those who did nothing lost no weight at all.

So which exercise is best to burn those pounds? Those who were most successful took part in regular, moderate-intensity aerobic exercise such as brisk walking, cycling or using gym cardio machines. They started slowly and gradually increased to 45 minutes activity a day. Interestingly, the women who lost the most weight and body fat were those who kept a food journal in which they wrote down everything they ate and drank, and who ate more home-cooked meals rather than eating out in restaurants.

Is Your Weight Affecting Your Sex Life?

Lose Weight As A Family

Anti-Inflammatory Foods You Should Include In Your Diet

How To Keep Going