Could Leafy Vegetables Be Making Your Family Ill? 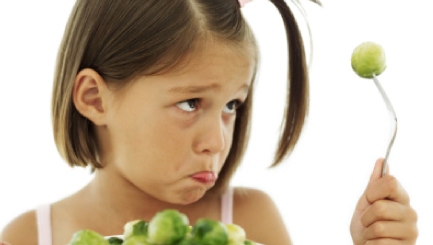 There a numerous wellness benefits to your family eating lettuce and other leafy vegetables, but according to a report released by the Centres for Disease Control and Prevention (CDC), these vegetables can actually harm family wellness, as they are a large source of food-borne contamination and can make you ill.

The study was conducted by the CDC in order to help focus the US Food and Drug Administration (FDA) and the US Department of Agriculture (USDA), the two main government agencies responsible for regulating food safety, on preventing food contamination. The team from the CDC therefore analysed the food-borne disease outbreaks from 1998 through 2008, and found that, on average, the wellbeing of 2.2 million people is affected each year from consuming contaminated leafy vegetables, which makes up 23% of the 9.6 million cases of food-borne illness reported each year.

According to the report, foods such as vegetables, fruits, and nuts, cause 4.4 million illnesses each year, which is over double the amount caused by contaminated beef, pork, poultry, and other meat. However, it is important to note that the pathogens found on meat products are in themselves more deadly than those found on vegetables. The CDC said that contaminated poultry is the worst of all, as it is responsible for 19% of food-related deaths. Yet it is not only meat that can be deadly. 33 people died in 2011 due to a listeria outbreak in cantaloupes. However, even though food-related illness can lead to severe infections and death, most of them only cause relatively minor discomfort and go unreported.

According to Patricia Griffin, chief of the Enteric Diseases Epidemiology Branch at the CDC and one of the authors of the new study, most of the large food recalls are due to contamination on farms and in processing facilities from bacteria such as salmonella, E. coli and listeria, but food contamination still occurs often in the home and in restaurant kitchens. Griffin advises that you can greatly reduce illnesses if you take simple precautions, making sure that you wash your hands as much as possible and keep raw meat separate from fruits and vegetables. This is important because you can cook the meat to kill any bacteria on it, but your family can become ill if the bacteria were first spread to another food that wasn’t cooked.

Sharpen Up in the Kitchen