What Ayurveda Says On Weight Loss 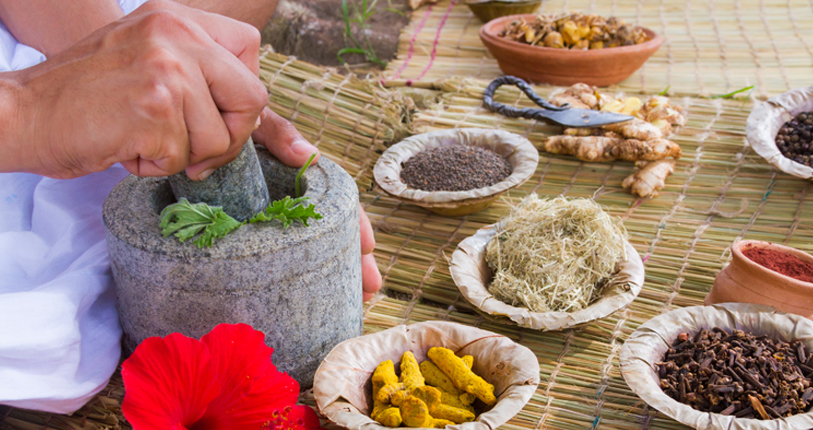 Sage Charaka has described eight ‘Nindya prakritis’ (undesirable constitution) according to the body constitution. Among them is mentioned obesity. In Ayurveda, obesity is known as Medarog, which is caused by the aggravation of Kapha. While Kapha may not be the only factor responsible for excess weight, it is certainly an important player. One of the foundational principles of Ayurveda is that like increases like and that opposites balance. Kapha and excess weight share many of the same qualities; they are both heavy, slow, cool, oily, smooth, dense, soft, stable, and gross. Therefore, being overweight can provoke Kapha in the body, and excess Kapha in the body can lead to being overweight. Excess Kapha leads to production of toxins in the body. These toxins are heavy and dense in nature and accumulate in weaker channels of the body, causing their blockage. In the case of an overweight person, toxins accumulate in Medovahi Srotas (fat channels), thereby leading to an increase in the production of fat tissue/component (Meda Dhatu). When the body produces more fat tissues, it causes an increase in weight. Ayurvedic treatment for obesity begins with the pacification of Kapha Dosha. Eliminating Kapha-aggravating foods from the diet is a beginning. Next, the treatment also focuses on cleansing of the channels with cleansing herbs to reduce excess weight. Ayurveda believes that it is not only the quantity of food that is important, but also the type of food one eats. It is not always necessary to go on a restricted diet, but qualitative changes and food habits can bring about remarkable changes.

Logging What You Eat

Stressed Out? Don’t Eat That Doughnut!

Logging What You Eat