Kitchen Myths You Can Safely Ignore 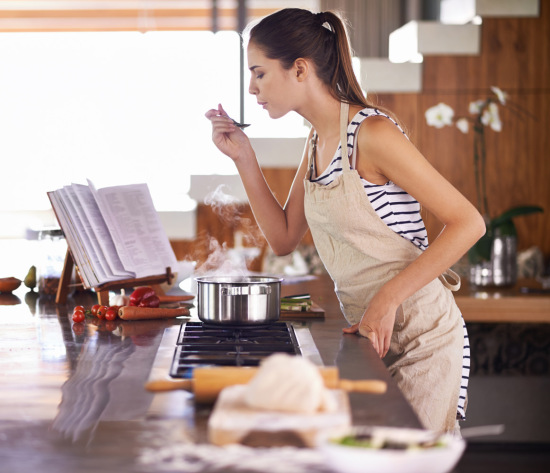 When it comes to cooking, there is lots of advice that gets repeated time and time again. But often, these snippets of wisdom are based on tradition rather than science.

Adding salt makes water boil faster –  Adding salt actually raises the boiling point of water so if anything, it will take longer to boil. The reason recipes suggest adding salt to water is to add flavour and, as the boiling point is higher, for ingredients such as pasta to cook more efficiently. But as most of us get too much salt in our diet, you can ditch it all together.

Searing meat keeps moisture in–  Searing a steak may create a delicious crust that contrasts with the succulent meat inside but there is no evidence to suggest that searing meat keeps the juices in.

You need to salt aubergines–  Many recipes suggest salting aubergines to draw out the bitterness. But modern, commercially grown aubergines have been bred to reduce bitterness, so save time and gain health benefits by not salting.

Boil eggs starting with cold water–  If you’ve heard that putting eggs into hot water makes the shells crack, it’s only partially true. If you plunge
them straight into hot water from the fridge, they are likely to crack due to the sudden change in temperature. But if your eggs are at room temperature and you lower them gently into the water, they shouldn’t crack and will take less time to cook.

Never rinse pasta after cooking –  If serving pasta hot, with a sauce, don’t rinse as this removes the starch and stops the sauce from sticking to the pasta effectively. However, when making a cold pasta salad, you should rinse the cooked pasta under cold running water to remove the starch and create a more pleasant texture for your salad.

Fresh is best–  Fruit and vegetables lose nutrients as soon as they are picked so over time they become less nutritious. However, freezing food locks in the nutrients so with some ingredients, frozen versions are actually more nutritious than fresh alternatives.

Frying is unhealthy – Okay, deep frying food does add fat and calories to ingredients but stir frying is a great way to prepare food using just a small amount of oil.

Remove the seeds from chillies if you don’t want too much heat – When using chillies, many recipes suggest removing the seeds to avoid too much heat. But actually, the heat in a chilli is most intense in the pith – the white rib that runs along the inside of the chilli. So you’ll need to remove this too.

What Are the Best Low Fat and Healthy Foods for Snacks?