Move Over, Mediterranean: Nordic Diet is Better For Us 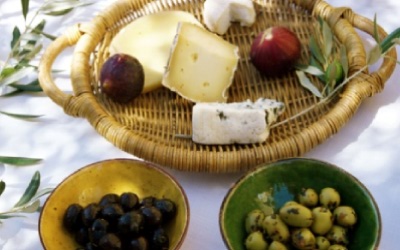 In recent years, wellness experts have lauded the Mediterranean diet, based on the use of vegetables and plenty of olive oil, as the key to health, wellbeing and longevity. However, a new study is set to change the status quo, as the researchers claim that the cuisine of a Scandinavian nation could actually be better for you.

From the study, which was based on 166 people across four countries, the researchers discovered that eating a diet based on that served up traditionally in Denmark, but favoured in other countries – such as Copenhagen – could significantly reduce your risk of heart disease. Nordic cuisine is usually made up of fresh berries, fish and game, which are foods that tend to thrive in colder northern climates.

According to Professor Matti Uusitupa, from the University of Eastern Finland, ‘The Mediterranean diet, representing the diet traditionally eaten in southern Europe, has long been related to improved health and prevention of cardiovascular disease, certain cancers and type two diabetes. Acceptance of the Mediterranean diet has not been easy in other parts of the western world, probably due to difficulties in changing dietary patterns, cultural differences in taste and limited accessibility to various foods. A health-enhancing regional Nordic diet has therefore been proposed as an alternative to the Mediterranean diet.’

However, you may hear the Nordic diet referred to as the Noma diet, as it has already been nicknamed after the Noma restaurant in Copenhagen, ranked as the world’s best three years in a row. Yet the study featured 166 obese people from Finland, Denmark, Sweden and Iceland, some of whom ate their regular diet and some who adopted the Nordic diet. The participants all consumed the same amount of calories, but those who ate the Noma diet consumed meals made up of fish, locally sourced vegetables, whole grain products, and poultry or game rather than red meat.

After 24 weeks, the results of the study revealed that those who stuck to their regular diet showed little difference in their levels of ‘bad’ cholesterol, but those on the Nordic diet had seen LDL-C levels drop 4% with an increase in ‘good’ cholesterol. The study also found that, unlike the Mediterranean diet, the Nordic version also reduced chemicals that cause inflammation in your blood that are linked to heart disease.

What Foods Have the Best Anti-Inflammatory Properties?

Anti-Inflammatory Foods You Should Include In Your Diet