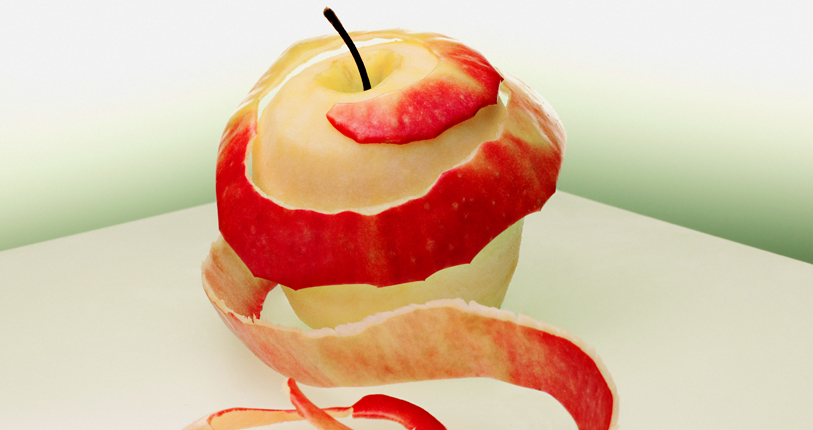 According to researchers from the University of Iowa, apple skin contains ursolic acid – an ingredient that protects against obesity by increasing levels of muscle and ‘brown fat’ which burn white fat as fuel. Other researchers from Nova Scotia Agricultural College have also found that apple peel contains six times more antioxidants than apple flesh, and that these flavonoids help to protect against high blood pressure in the same way as a class of drugs known as ACE inhibitors. So that old saying about an apple a day and doctors contains more than a grain of truth!