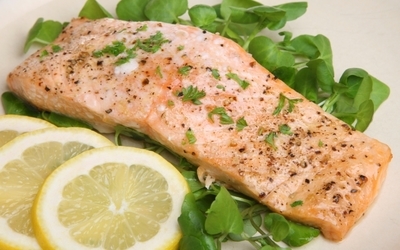 Fish is an important part of a healthy diet, as it’s very beneficial to your heart health. If you have kids, you may want to take care of their wellbeing by getting them to eat more fish, but how do you do it with such fussy eaters? We’ve outlined three fish-tastic recipes that your kids are going to love.

1. Prawn noodles with mangetout, French beans and sesame: This light meal is delicious and pleasantly filling.

3. Baked fish with a herb and lemon crust: Quick, light and easy – what more could you ask for?

How to feed your child a balanced diet.

A Week without Meat: How to Lose Weight By Going Veggie