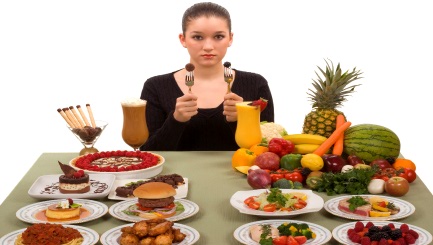 Inflammation is the body’s natural response to injury and infection. When you get a cut or sore, the area around will become red and swollen as the body defends itself by sending immune cells and key nutrients to the wounded part to help it heal quickly.

This inflammation will clear up quickly but chronic inflammation, where the immune cells are in constant production, can cause permanent damage to our long-term health. Triggers for chronic inflammation include obesity, stress and environmental factors such as air pollution. However, food can also affect inflammation – there are many products renowned for their anti-inflammatory properties but which ones do the opposite and actually exacerbate inflammation?

Here are 5 foods to avoid if you suffer from chronic inflammation?

Trans fats: commonly included in processed food such as ready meals, trans fat is also known as hydrogenated or partly hydrogenated oils. Too much trans fat can damage the cells in the lining of blood vessels and cause inflammation. Check the labels of any ready meals for its trans fat content to keep your consumption to a minimum.

Sugar: Sugar consumption is very high, particularly in the developed world, and its inclusion in so many food products is being blamed by scientists for the rising obesity epidemic. However, sugar also has an effect on inflammation with too much causing the body to secrete too many inflammatory messengers called cytokines, leading to possible pain and inflammation.

Refined grains: The processing of whole grains into the refined grains that are used to make white bread and pasta is known to make those products break down into sugar more quickly. Research shows a diet high in these refined grains can lead to increased inflammation while whole grains have the opposite effect.

Omega 6 fatty acids: Found in vegetable oils such as soy oil and certain seeds, our bodies need a balance of omega 6 and omega 3 fatty acids for optimum health. However, too much omega 6 can cause inflammation and blood clotting.

Gluten: Gluten intolerance is one of the rising dietary issues in the developed world and is linked to an astounding 55 different diseases and conditions, including celiac disease. Current research suggests a sensitivity to gluten can lead to bloating and digestive problems that are the body’s inflammatory response to the product.

Anti Inflammatory Foods – How Important Are They in Our Life?

What Foods Have the Best Anti-Inflammatory Properties?